Welcome to LynnRichardson.com
Get 10% off Multiple Streams of Income with Code INCOME10.
Shopping Cart 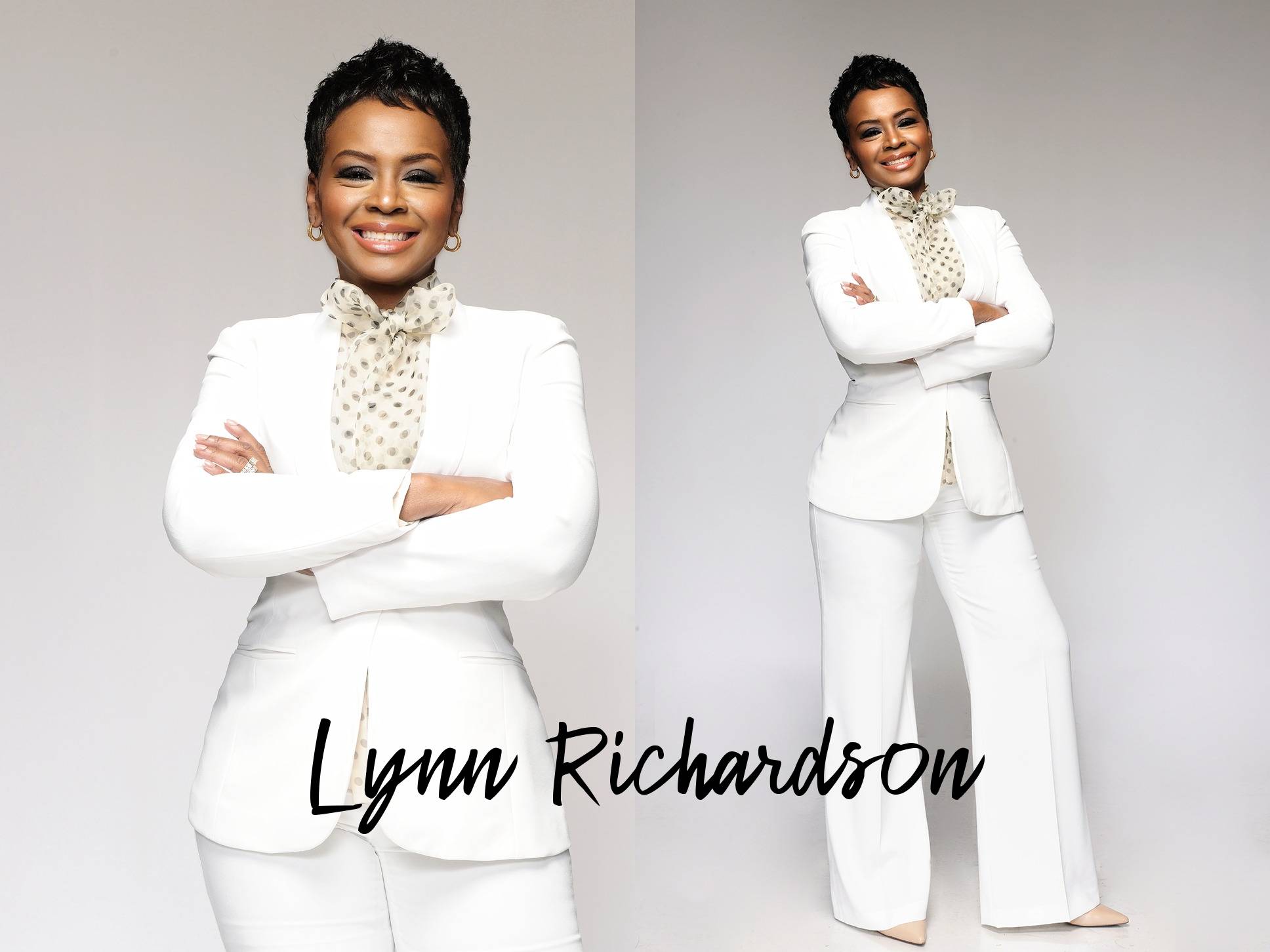 "Creating Millionaires One Family At a Time"

Named by Urban Influence Magazine as one of the 20 Hottest Influencers in America, Dr. Lynn Richardson is an author, entertainment executive and celebrity financial coach who uses her quick wit and humorous presentation style to help others face their money issues and achieve personal, professional and spiritual harmony.   With more than two decades of leading roles in the banking and real estate sales industries, Lynn's vision is best portrayed in her books, most notably Living Check to Monday: The Real Deal About Money, Credit and Financial Security, which achieved Best Seller status at the Congressional Black Caucus Conference Book Pavilion.   Lynn is featured regularly on Good Morning America, Fox Business,  Access Live, The Steve TV Show, The Hallmark Channel's Home & Family Show, BET Networks and has appeared in Essence, Jet, Upscale, on Get Up Mornings with Erica Campbell, The Tom Joyner Morning Show, and in countless media outlets nationwide. She has served as Chief of Operations for Russell Simmons' & Dr. Benjamin Chavis' Hip Hop Summit Action Network and is currently the President and CEO of MC Lyte's Hip Hop Sisters Foundation, and an executive at MC Lyte's Sunni Gyrl entertainment and celebrity management firm -- where she oversees empowerment programs that impact the globe. 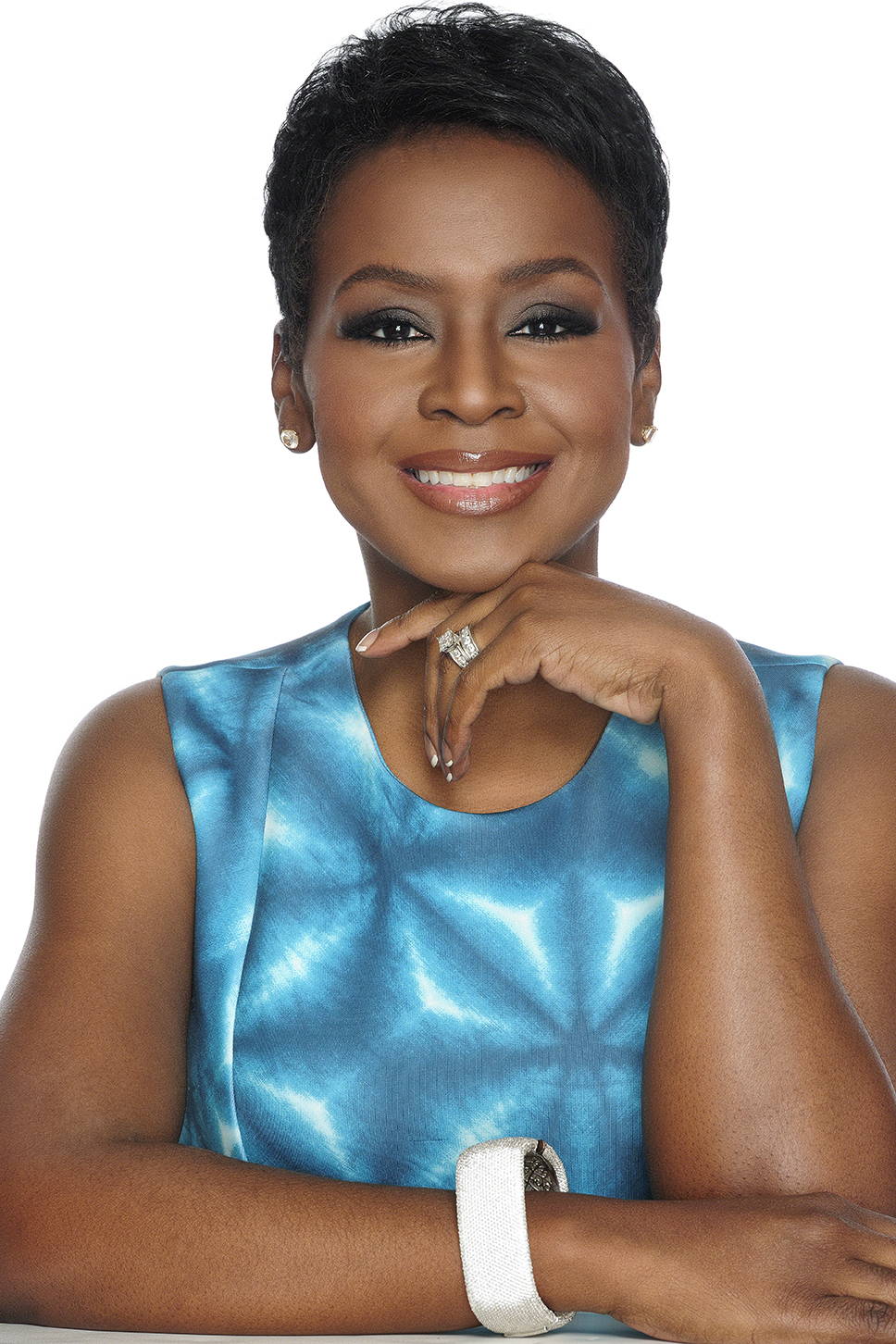 The Chicago native began her career in 1995 as a financial aid counselor at the School of the Art Institute in Chicago, before landing a succession of leading roles in the mortgage industry. After joining American Home Mortgage in 1999 (then CNI National Mortgage), Richardson was promoted to Assistant Vice President in 2003 and consistently ranked among the top one percent of more than 4,000 loan officers nationally. Richardson’s unrelenting desire to help the direst credit-qualifying cases resulted in her closing more than $100 million in mortgages during her first few years in the industry. Her approach to wealth creation helped a woman with four bankruptcies and two foreclosures become a successful home owner and real estate investor in just nine months. Richardson packaged her winning approach to helping consumers close on mortgage loans into the Mortgage Approval Plan, which is now a signature industry tool used by top mortgage practitioners to assist consumers who need a roadmap to home ownership. In 2003, she created and hosted “Wealth ‘n Real Estate,” a flagship call-in talk show, for the nationally recognized Chicago station, WVON 1690 AM and in 2005, she published her first book, Living Check to Monday: The Real Deal About Money, Credit and Financial Security, which achieved "Best Seller" status at the 2008 Congressional Black Caucus Annual Legislative Conference Author's Pavilion. In 2006,Richardson joined JP Morgan Chase as Vice President of Business Development for select regions and quickly advanced to Vice President of National Strategic Partnerships, a coveted role responsible for creating and managing mutually beneficial alliances with a multitude of entities and trade organizations. Later that year, Richardson was hand picked to serve as the coordinator of The Delta Challenge Home Ownership initiative, a signature economic development program of the international women's public service organization, Delta Sigma Theta Sorority, Inc. Richardson's leadership resulted in more than 100,000 consumer touch points worldwide and 35 million in closings for Chase, a 389 percent increase over the previous three year period. In 2007,Richardson was responsible for implementing the Chase/AKA Keys to Homeownership initiative, which leveraged the influence of the oldest black sorority to further establish home ownership as the foundation for building wealth within the African American community.

In 2009, Richardson released her second book, "Living Beyond Check to Monday: A Spiritual Path to Wealth and Prosperity," along with her third highly anticipated real estate book, "Yes, You're Approved! The Real Deal About Getting a Mortgage and Buying a Home," which she co-authored with her mentor, friend, and sorority sister Lori Jones Gibbs.   She was appointed to join Dr. Benjamin Chavis (CEO) as the Chief of Operations for the Hip Hop Summit Action Network, where she continues to work with Russell Simmons (Chairman), other celebrities, and a host of corporate and community partners to execute global initiatives empowering the hip-hop youth and urban professionals around the world.

In 2012, Richardson was appointed President of MC Lyte's Hip Hop Sisters Foundation, where she was responsible for assisting in the launch of various significant programs and she was later appointed COO of MC Lyte's business enterprise, Sunni Gyrl, Inc, which specializes in artist support, development, business strategies, and wealth creation for various celebrities.

In 2016, Richardson partnered with MC Lyte, Kelly Price, Faith Evans, Erica Campbell, and Nicci Gilbert to launch The W.E.A.L.T.H. Experience, a three-day new year retreat she created for celebrities, entertainment and corporate executives, and women from all walks of life: www.wealthexperience.info.

Richardson received her undergraduate education at Northwestern University (Evanston, IL) and Loyola University Chicago, a Masters Degree in Urban Ministry, Magna cum laude, from Trinity International University / Trinity Evangelical Divinity School and an Honorary Doctorate from Global O.D. Seminary & University / Global Bible Institute in 2016. She is a certified chaplain, a licensed financial professional and real estate broker, and a certified loan orginator continuing education provider. Her memberships include Delta Sigma Theta Sorority, Inc. and the Women in Entertainment Empowerment Network (WEEN). Her awards and recognitions are numerous, among them the Chicago Defender Women of Excellence Award and the Community Renewal Society 35 Under 35 Leadership Award.

Richardson is committed to nurturing her ministry for the benefit of others. She is the Pastor of Stewardship at California Worship Center under the leadership of Sr Pastor Warryn Campbell and First Lady Erica Campbell.  She and her best friend Demietrius have been married for over 25 years, they have three daughters and call a Los Angeles suburb home.